What’s Nintendo Up To? 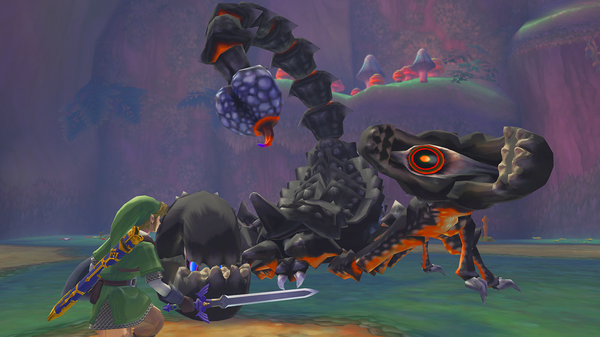 We spend so much time waiting for news on our most-wanted games, like Skyward Sword and Ocarina of Time 3D, that we often forget to think about what the rest of Nintendo’s development teams are up to. For instance, I’ll bet many of you didn’t know that Nintendo’s got over 15 different first-party studios, all working simultaneously to deliver the titles we all know and love. I’ve done some digging and come up with a catalog of all of these developers and their past and present projects.

This list only covers first-party development studios, so you won’t see anything about GameFreak’s plans for the Pokémon franchise or HAL Laboratories’ progress on a new Kirby or Smash Bros. game (rest assured we’ll be all over it if any announcement is made). While most of the “current projects” aren’t going to be news to most of you, consider that most of these are probably nearing their release alongside the 3DS in early 2011, and pay close attention to those studios and franchises that are missing from the list. They might clue us in to what we might expect after Nintendo’s developers wrap up their present assignments.

This is where most of Nintendo’s blockbuster magic happens. The main Zelda, Star Fox, and Mario games begin and end here. Most of the confirmed first-party titles for 3DS are being developed by EAD, so they take up most of their confirmed development timetable.

Most of EAD seems to have their hands full, with the curious exception of EAD Tokyo, the studio behind the Super Mario Galaxy games. We can probably rule out a third Mario title for Wii, and since Miyamoto’s confirmed that we’ll see both 2D and 3D Mario on 3DS we can guess that they might be busy developing something for the new handheld. It’s unlikely we’ll hear anything on the subject until this year’s E3. 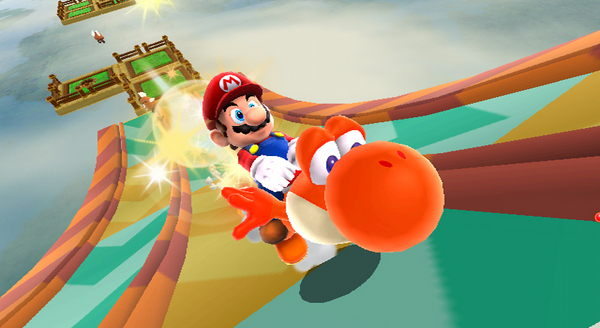 Note also that EAD4, the developers of the New Super Mario Bros. games, are also pretty free, with only Pikmin 3 presently “announced,” which Miyamoto has hinted is near completion. Could they be working on another New Super Mario Bros. game as well? And let’s not forget that most of the already-announced 3DS games coming from EAD’s studios are slated as launch titles, meaning they’re certainly in the post-production stages by now.

It’s not as big or large as EAD, but SPD has still been responsible for a number of the most interesting titles this generation. SPD handles Metroid along with Nintendo’s line of party and rhythm games such as WarioWare, Mario Party, Wii Party, and Rhythm Heaven, as well as other favorites like Sin & Punishment and Endless Ocean. 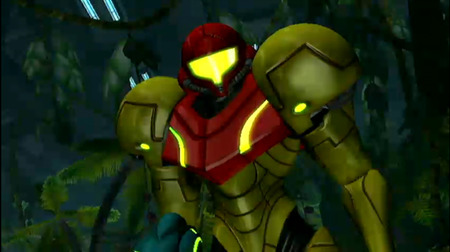 As usual, we don’t really have much idea what SPD’s development teams are up to, although we can reasonably assume that Sakamoto’s team is hard at work on the successor to Other M and that there’ll be a sequel to the well-received Wii Party. Other than that, it’s hard to say – maybe Nintendo will surprise us with a brand-new blockbuster one of these days like they did with Other M. SPD3’s probably helping with whatever Retro Studios is working on (as they have in the past), but for all we know they’ve got an original project up their sleeves.

Anything else that’s not handled by a second-party developer like Camelot (Golden Sun series), HAL (Kirby and Smash Bros.), or GameFreak (Pokémon) comes from one of these subsidiaries. Retro Studios has been our personal favorite since their debut with the Metroid Prime games, but other studios have turned out games like Paper Mario and Professor Layton as well.

Nothing from Retro Studios at present, which of course has us wetting ourselves in anticipation. I wouldn’t be surprised if they’ve already started on a sequel to Donkey Kong Country Returns, but for all we know they’ve been passed on to yet another needy franchise or building an original IP. Monolith Soft’s also pretty dark at the moment, which could mean they’re busy localizing the still-unreleased-in-the-West Monado: Beginning of the World… I hope.

After 2010’s great finish to a great year, it may not seem like there’s much on the horizon aside from Skyward Sword and the 3DS’s debut lineup, but since these games are likely nearing post-production it’s probable we’ll get an update on Nintendo’s development calendar soon – or at least at this year’s E3. I find it hopeful that there aren’t really any projects slated for a distant release at present, as that means there’ll probably be a slew of new projects just waiting to be announced.

As well as confirming yesterday that Tatsumi Kimishima is its new president, Nintendo also detailed some organisational changes which will impact the day-to-day running of some of its famous internal teams.

Shigeru Miyamoto — formerly the General Manager of EAD — has been given the role of «Creative Fellow». He won’t be taking control of the new group — that honour has fallen to Shinya Takahashi, the man who previously headed up SPD. Takahashi is seen by some as Miyamoto’s successor.

Elsewhere, EAD Tokyo’s Yoshiaki Koizumi is now a deputy general manager at EPD, a title he shared with Animal Crossing director Katsuya Eguchi, who was formerly deputy manager at EAD.

Establishment of the Business Development Division

We will newly establish the Business Development Division, a division with the aim of refining the business model for the dedicated video game system business, and creating and making profitable the smart device business and the new business that utilizes character IP.

While Kimishima’s appointment was the big news yesterday, the changes detailed above could well have a more pronounced impact on how Nintendo operates in the future. Combining EAD and SPD should result in a leaner, better company — one which can share and pool its vast experience and talent to create even better games.

Whatever is happening behind the scenes, it’s clearly a time of dramatic change for the Kyoto veteran.