2013′s Rise of the Triad remake is the greatest disappointment since I told my parents I’d abandoned my physics degree because I wanted to play in a metal band. And yet I have complex feelings about something that was on the front line of what is now a vast library of crowd-funded remakes and re-imaginings of retro video games.

ROTT 2013 wasn’t the first 90s revival game, of course — the long-awaited Black Mesa had its initial release two years earlier after something like eight years of development — but it was one of the first remakes I was aware of that tapped not into the nostalgia for a modern classic, but into the fandom of a cult (HAHA) success that perhaps didn’t get the attention it deserved due to its second-tier status in a genre flooded with Doom and Duke clones. And yet the passionate response from a whole community of people I didn’t know existed who had fond memories of this hidden gem, along with all its faults and quirks and idiosyncrasies, proved to me beyond a shadow of a doubt that things were going to be alright. The first song from the remade soundtrack was released on Youtube well-ahead of the game’s release date and it was a maelstrom of thrash metal brutality, yet also a perfect re-imagining of the original midi tracks, translating all the intended heaviness of the score into actual real-life heaviness. At the time, it was evidence enough that things were on the right track.

But we all have to learn our lessons somewhere, and in following ROTT 2013′s development, I learned mine. To be fair to the game, Black Mesa had been developed in much the same way as ROTT was — a bunch of lone programmers and artists scattered all over the world, communicating through Skype, and united by their passion for the source material. However, the team behind Black Mesa had exhibited a very strict ‘when it’s ready’ response to any request for a release date, and their willingness to take their time with their game proved itself to be a good tactic. Interceptor Entertainment, while not doing anything inherently wrong, were operating far more like a traditional developer in terms of communicating schedules and targets to their audience.

And perhaps that’s got something to do with the fact that the game is a hideous, buggy piece of shit.

ROTT 2013 is, to this day, one of the worst-playing first-person shooters I’ve ever indulged. I mean, the infamous Daikatana is a reeking pit of bad design decisions, but at least I didn’t fall through the walls in Daikatana. At least Daikatana isn’t riddled with awful first-person platforming. And I know that the platforming was a feature of the original game ROTT, but those that played it will remember that you couldn’t jump, removing one very important and frustrating variable from the equation. ROTT 2013, on the other hand, is an utter, foundational mess.

The first thing you might notice is that the lighting in the main menu glitches — flashes of lightning throw uneven patches of white light separated by a distinct line, akin to screen-tearing. The second thing you’ll notice is that the first area of the first level looks like Billy made his first ever shooty map. It’s basically a recreation of the original E1M1, except that the geometry of the original game doesn’t make any fucking sense, because it was made in the 90s. And yet here we are in 2013 giving a modern facelift to geometry that still doesn’t make any fucking sense. It contains a single enemy directly in front of you, a secret area that you need to rocket jump to — great for players unaware of how the game controls because, y’know, they literally just started playing it — and another secret area that is operated by a floor pad crammed in a tiny alcove next to some walls and boxes that you can get stuck on. Nothing about it is practical. There’s no logic to the design of the game other than the fact that in certain bits they tried to convert twenty-year-old maze-maps into a modern style. The second area has four moving platforms that you can get stuck on. The third area has a bunch of whirling spikes that you can get stuck on. The fourth area has a TWO vents that you can get stuck in. This pattern continues ad infinitum until you finish the game, or quit in disgust. You’ll get stuck on ramps, in vents, on railings, against enemies, against trees, in doorways, on the ground, against barrels, and behind boxes. It’s a nightmare, and made all the worse by the lack of space in each of the areas. Based on a game known for its speed of play, the new and ‘improved’ ROTT seems designed to intentionally catch you on the scenery. Some of the series’ most famous weapon are then rendered moot by the fact that you don’t have enough clear space within which to use them. Couple this with frustrating kill corridors, OP enemies, and (on release at least) fucking checkpoint saves, and ROTT 2013 is almost enough to make me hate the original game retroactively.

But my biggest bugbear is the fact that that game was eventually abandoned as a broken mess. All of the issues I’ve brought up were present on release, and none of them have been fixed. My first steam review of the game long, long ago began with the words ‘I must admit, if I wasn’t tripping balls on nostalgia right now I’d say this game isn’t fit for sale.’ Well I’m not tripping balls any more, and the game still isn’t fit for sale. I revisit it every little while to see if things had improved, or if it really was as bad as I remembered, and I rarely make it through more than a couple of levels because the game is just not fun to play. It isn’t fast. It isn’t wacky. It’s isn’t well-designed. And it sure as hell isn’t the slightest bit innovative. If anything, it’s a hugely regressive work that only manages to highlight the individualistic talents of the original developers by comparison.

It shouldn’t be a shock to then learn that the developer’s output since resembles the output of a dog scooting its arse along a carpet — they followed this up with ‘Bombshell’, an ARPG commonly regarded as boring dogshit, and ‘Rad Rogers’, which is crowd-funded vapourware. They have since ‘restructured’ and changed their name to ‘Slipgate Studios’ — a title that simultaneously displays their willingness to profit off the creative achievements of other, better companies, as well as an unironic arrogance about the quality of their own abilities. I mean, their only success as a company has been in directly porting classic games. As soon as they try to build their own they fuck it all up. Here’s an idea, Slipgate — remaster your first fucking game and release it as something playable.

I can’t imagine that anyone who played this first will ever be convinced to go back and try the classic ROTT, but then again even if they did, it might be too much a product of its time to endear itself to modern audiences. It lacks the trailblazing level design of Duke Nukem 3D, or the unique visual style of the Hexen and Heretic series. And yet it was and is something that remains relatively unique in its own way, and this is down to the influence of a few inspired people involved in its production, and this says one important thing about Rise of the Triad — there is little about the original that is unreplicable, but the things that are are the things that make the game original and iconic. I shouldn’t be so critical about the ROTT 2013 project I suppose, as it really was an indie passion project, and it was from games like this and from Black Mesa that we started to see spring up not just other remakes and reboots, but fantastic games like A Hat In Time, that attempted to recreate the feel of classic games, if not the actual properties themselves. But the fact that Interceptor released a flawed and broken game, then barely months later abandoned it to rot (HAHA) says all you need to know, and for me, that’s the true nail in the coffin. 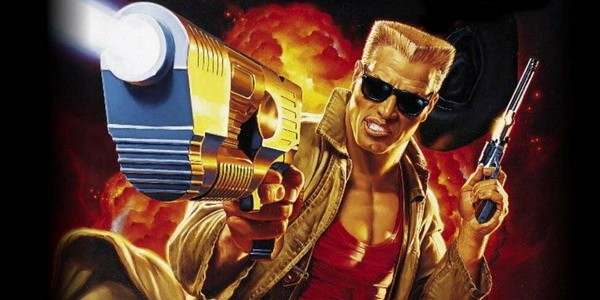 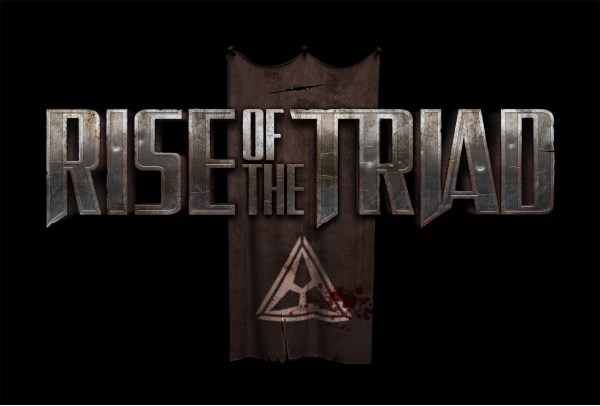 Трейлер римейка Rise of the Triad 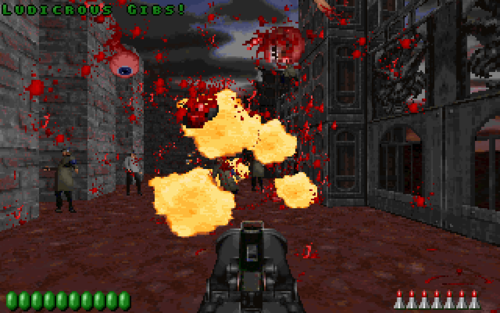