Utawarerumono: Prelude to the Fallen will be available digitally for the PS4в„ў and «PS Vita».

In a certain land in a certain world, many tribes of people have beast-like ears and tails. They formed their own settlements and lived rural lives long before nations began to take shape. Yamayura Village was located on the northeastern outskirts of one such nation. There, a young girl named Eruruu carried a young man, who was on the brink of death, back to her village. Though he was gravely injured, her family was able to nurse him back to health. However, he lost all of his memories. Needing something to call him, Eruruu’s grandmother named him Hakuowlo. After recovering, he quickly adapted to life in the village. While struggling with the mysteries of his past, he used his knowledge to help the village prosper. Perhaps thanks to his kind personality and diligent work ethic, everyone around him began to depend on «Hakuowlo.» Before long, it was time for the harvest, whichвЂ”thanks to everyone’s hard workвЂ”was unexpectedly bountiful. Rumors of their success reached the ears of the feudal lord, who sent troops to Yamayura to seize the fruits of their labor. A single incident on the outskirts of a rural land served as the prelude to a conflict that would reverberate across the entire world.

Read through the scenes to progress the story. At various times, the player will be asked to make decisions, which may lead to alternate events.

As you progress through the story, you will need to win battles to continue.

Each unit has its own unique chain attack, and they aren’t all just physical attacks. Some units’ chain attacks can heal allies. As units level up, their chain attacks gain additional attacks and become more powerful. A ring is displayed on the screen during chain attacks.

Once a chain attack begins, hold L1 (or L on the PlayStation Vita) to automatically link your chain attacks. This is recommended for players who do not have good timing.

As you progress through the game, you will be able to use co-op chains, which are attacks coordinated between specific units. The major feature of co-op chains is their wide target area. They are extremely powerful techniques.

Mages can use these skills, which have various ranges and target areas. Each magecraft spell has a limited number of uses. As a mage unit levels up, they learn new spells, and increase the number of times they can use them.

The items you acquire in battle are listed on the battle results screen. Battle rewards are earned by defeating specific units during a battle, and stage clear bonuses are earned by clearing stages. Items must be equipped before they can be used.

Abilities are unique to each unit, and some abilities can be used from the very beginning. Units may learn new abilities by leveling up. Learned abilities are constantly active during battles.

As you progress through the game, you will gain access to the training option at the base. Challenge these training stages to earn experience points and battle rewards. Includes many songs from «Prelude to the Fallen,» «Mask of Deception,» and «The Two Hakuowlos.» This mode enhances the excitement of the story with new arrangements of the BGM. *Screenshots are from the Japanese build of the game. A young man who was gravely injured and collapsed. He was found and saved by a girl named Eruruu, who took him to Yamayura Village to recover. He is intelligent, and mild-mannered, but strict on himself. The mask he wears cannot be removed, and because he lost his memory, the details surrounding it are unknown. He was given the name Hakuowlo, and after recovering, he strove to help make the village prosper. His actions would have a great impact on the entire world. The girl who rescued the collapsed protagonist and carried him to Yamayura Village. She possesses beast-like ears and a tail. Though she’s still in training, she is an adept healer. She’s also very caring, and is skilled at doing general housework. The villagers adore her for her gentle and cheerful personality. Her only downside is her intense jealousy. She cherishes her little sister, Aruruu. In stark contrast with her older sister, she suffers from stranger anxiety and rarely speaks to people. Though at first glance she may seem a little gruff, her child-like innocence permeates from within her. She has a knack for communicating with animals. She is Oboro’s younger sister. She was born sickly, and went blind at a young age. Though she had support from everyone around her growing up, her brother was extremely overprotective, so she is somewhat ignorant of the ways of the world. She is mostly pure and innocent. He is a young thief by trade, who lives by a code of honor. He’s straight-forward to the core, and is very passionate and intense. He dotes on his little sister, Yuzuha, to the point that he treats anyone who approaches her as an enemy. They are twins who work for Oboro. They always act in perfect harmony, and have nearly identical ways of thinking. If not for the color of their eyes, it would be impossible to tell them apart. They are expert archers, and hold Oboro in the utmost esteem. She is the chief of Yamayura Village. She is a skilled healer, and was the one who treated the protagonist when he was brought to the village. She is the grandmother of Eruruu and Aruruu. Though she treats them kindly, she is also strict, and can even be scary when she gets mad. He lives in Yamayura Village. He is known for being nice, muscular, and his wife says he’s a bit simple-minded. Thanks to his larger-than-life personality and the fact that he’s not one to keep score, many of the villagers have come to rely on his help. She is Teoro’s wife. She is generous and dependable, and loves people whose names end with «ruruu» like family. She is the princess who is second in line to the throne of the religious-based nation, Onkamiyamukai. She has dark wings, andвЂ”like her sisterвЂ”is revered by the people. Those who have met her in person have found that she is very personable and friendly with everyone. She is the princess who is first in line to the throne of the religious-based nation, Onkamiyamukai. Her white wings are a stark contrast to her younger sister Camyu’s dark wings. With unmatched grace and compassion, she is touted as being a quintessential princess. She worries about Camyu, whose status leaves her prone to loneliness. She is a female Giriyagina who is an exceptional fighter. Thanks to her great strength, she can easily heft her enormous sword. Though she has refined tastes, she has a carefree personality and has a habit of teasing people who act seriously. She is an honorable warrior from Evenkuruga. She roams the land, hiring herself out as a mercenary. Her combat skills are undeniable, but she often takes things too seriously. He is the samurai who serves as the General of Kenashikourupe, a nation that is west of Yamayura. He places great importance on honor, and is quite calm, cool, and collected for a young man. Though he is best known for his aptitude with a spear, he is well-versed in matters of state and is solemnly loyal to his sovereign. He is an officer from Kenashikourupe. He is second-in-command of Benawi’s cavalry forces. Though he is unrefined when it comes to social graces, he shines on the battlefield, has a good heart, and possesses an uncanny understanding of human nature. Eruruu’s childhood friend. He hasn’t lived in Yamayura Village for quite a while. He has become cocky and smug. Nuwangi’s father. The feudal lord who rules Yamayura Village and the surrounding area. He is tyrannical and belittles the plight of the people. He imposes heavy taxes on poor villages. A female proprietress who runs a bar in the red-light district. She is beautiful and her employees adore her as a reliable older sister. Apparently, she used to be an acquaintance of Kurou and Benawi.

Utawarerumono: Prelude to the Fallen coming west in early 2020

(The PS Vita version, too!) The strategy RPG, a remake of the original Utawarerumono, was first released for PlayStation 4 and PS Vita as Utawarerumono: Chiriyuku Mono he no Komoriuta in Japan in April 2018.

The launch “Origins Edition” of Utawarerumono: Prelude to the Fallen includes a copy of the game, “Hymns for the Fallen” soundtrack CD, and “Archives of Yamayura” softcover art book. The $79.99 limited edition includes a copy of the game, hardcover art book, soundtrack CD, metal key chain, poster, and a collector’s box. It is available for pre-order now at the NIS America Online Store.

Here is an overview of the game, via NIS America:

For the first time ever, the origins of the Utawarerumono saga are coming overseas! Prelude to the Fallen follows the story of a man with no memories who awakens in a strange world, and is taken in by a tribe of kindhearted villagers. He is raised as one of their own, eventually receiving the name “Hakuoro.” When neighboring nations begin to encroach on his village, Hakuoro rises up against the tyrannical invaders, setting off on an unforgettable journey that lives on in the songs of legend.

Watch the announcement trailer below. View a set of screenshots at the gallery. Visit the official website here. 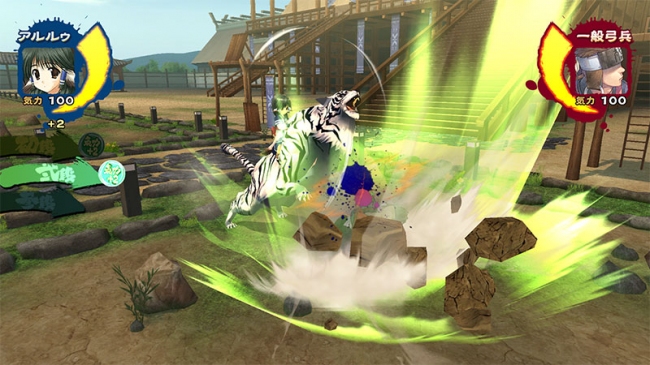 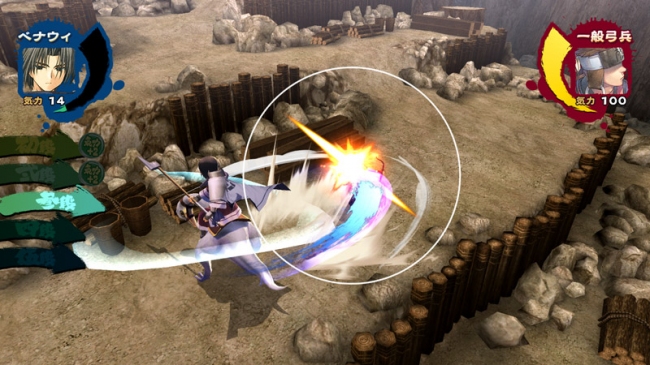 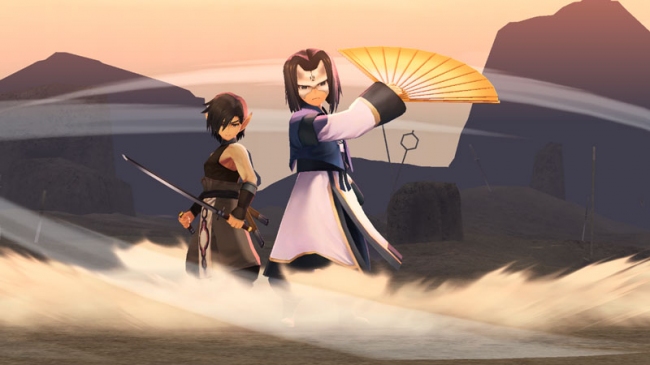 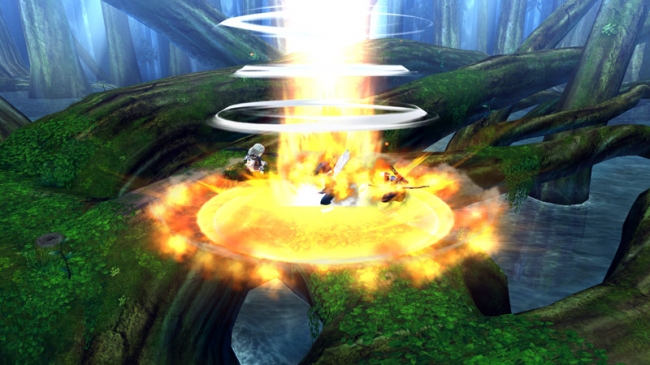